The Impact of Stealing Conflict

What is the impact of a system that constantly steals conflict? And why should systems of accountability reconsider this approach?

As a person who has been in multiple roles in education (i.e., learner1, parent, teacher, administrator, district administrator, and now school designer), I have experienced, observed, and felt frustrated with the negative impact of the traditional, punitive accountability system.

When I was in kindergarten, I asked my teacher if I could use the restroom. I wasn’t fluent in English, because it was my second language. I don’t remember how assertive I was, but I remember the teacher telling me “No, you have to wait.” Well, if I was anything like my own five-year old, I probably didn’t ask until I had to go. Maybe I even waited to the point of dancing around. I waited in my seat but could not hold the urine. I vividly remember sitting there as it dripped from the seat onto the floor. I was sitting in a pool of urine as the other learners around me laughed. My teacher, upset, began to ask, “Why did you do that?” Learners were now staring at me. The laughter grew louder and fingers began to point. The teacher told me to go to the nurse. As I left the room dripping in urine, I was ashamed. When I walked by her on the way out, my teacher handed me a sheet (written in English) and told me to give it to the nurse.

I arrived at the nurse crying and wet. She told me to wait in the corner on a chair. My mom arrived, walked towards me and grabbed my hands and said in Khmer, “I don’t have time for this. Mommy has to work and you don’t want me to get fired, do you?” As we were walking out, the nurse handed her the note from my teacher. Neither my mom nor I could read it. We were a Cambodian family who recently fled our country because of genocide. After relocating to three states in three years, we finally settled in Providence. This was during the industrial boom. My mother got a job making $3 an hour and was proud of it. Both my parents worked and refused to go on welfare. They were determined to take this second chance and not waste the opportunity to earn a living. They were thankful to the “Americans” because we were safe and did not worry about landmines, grenades, and being executed at any moment. As a child, I was to be thankful and always do what my teacher told me to do.

Adult-ism is a cultural anchor for Cambodians. In a Khmer household, there is no talking back to an adult, especially ones with authority, and the teacher had both factors playing in her favor. My parents never spoke about or questioned the teacher, the system, and/or the policies that forced a five-year-old to urinate on herself.

Over three decades later, this traumatic experience still haunts me. I felt guilty and ashamed about what I did. I caused an inconvenience for my mother and my teacher. My peers shamed me and I was also shamed by the teacher and again by my mother. I was dismissed and silenced. This conflict impacted me negatively and deeply. For years, I would have anxiety attacks when meeting with supervisors or people I deemed “authority” figures. I never questioned authority because I felt unworthy and insignificant.

Looking at my experience from my current vantage point as a parent, administrator, and school designer, I recognize that the people who were impacted the most were robbed of learning opportunities. In schools where traditional systems of accountability are enforced, discipline codes are designed to meet the needs of the dominant school culture efficiently. Those in power are encouraged and empowered to “steal conflict” from those directly involved. When conflicts are stolen, the act of seeking “justice” is passive, oppressive, and creates a false sense of accountability rather than repairing harm and healing relationships.

When the conflict was stolen, I was robbed of an opportunity to develop and practice agency; hold someone accountable; and develop solutions that work for me, the classroom and the collective community. My mother was robbed of the opportunity to express how this incident could have a financial impact on our family and also to hear how her words negatively impacted me. The teacher was robbed of the opportunity to develop and practice active listening skills, culturally responsive teaching, empathy, ownership and solutions that were respectful of the biological and cultural needs of her learners. My peers never heard how their behavior impacted another learner in their community.

Another impact of the traditional “discipline” system is that learners develop feelings of being unworthy. As an administrator, I would get calls from teachers to remove learners from their classrooms. Some calls were about extreme behaviors, while others were about behaviors that could have been redirected at the classroom level. Many educators had trouble productively de-escalating conflicts and used the disciplinary structures in place to end these conflicts, reinforcing the power of the dominant culture, and removing agency from learners involved in the conflict.

When the conflict was stolen, I was robbed of an opportunity to develop and practice agency, hold someone accountable, and develop solutions that work for me, the classroom and the collective community.

One particular story comes to mind. It was 20 minutes into the period right after lunch. A teacher called me for support about a behavioral concern involving vulgar language and “insubordination.” When I entered the classroom, the teacher was standing in front of a desk, loudly saying to a learner, “You just came from lunch. You cannot eat in this class. If you were that hungry, you would have eaten earlier in the lunchroom.” The learner continued to eat her food but said nothing to the teacher.

I asked the teacher to step out of the classroom and with the door still open and me standing with a view of the entire class, I asked him to recount the incident. The teacher, agitated, raised his voice as he was telling the story. “She always does this! She never listens! She is so disrespectful! I refuse to teach if she stays in this room! I don’t care where she goes, but she needs to leave!” I realized the teacher needed time to de-escalate himself. I walked over to the young lady and quietly asked her to leave with me. She asked “Why?” and said, “I need to stay! I did nothing wrong!” I replied, “I would love to hear your perspective on this incident, but I don’t think it would be helpful to have this discussion in front of all your peers. Mr. X seems upset; it may be best to give him time and space to reset himself and use this time for you and me to talk about what happened.” The learner responded “Okay,” picked up her bags from the floor, and walked out of the class.

As we walked to the office, she said, “It doesn’t matter, they don’t listen to us! They just yell and then call you to take us away and then act like nothing happened the next day. So, what is the point?” When we got back to my office, the learner and I processed the incident and agreed that she had to go back to the classroom and not eat in the room or demonstrate a behavior against the school norms. I also circled back to the teacher and spoke to him about the outcome of the situation. However, I never took the time to address his behavior or allow the learner to communicate her perspective on the incident. The protocols for addressing teachers with these types of concerns required the Human Resource Department’s approval and a lot of documentation and time. I felt I barely had time to deal with learner discipline referrals, never mind redirecting adult behavior.

I was a new administrator, but soon realized I was perpetuating the behavior that I—a minority genocide survivor—set out to fight against.

After a few months as an administrator, I reflected and gained insight from processing my own behaviors as a person with authority. I realized that a learner’s self-perception of their own worth in the eyes of our school’s teachers, the administration, and the discipline system was mostly negative. I was a new administrator, but soon realized I was perpetuating the behavior that I—a minority genocide survivor—set out to fight against. This discipline system I was charged to deliver oppressed the student eating in class and many other learners. The protocols, established by the dominant culture, did not allow her (and many other learners) a voice and/or agency to change the behaviors of those who negatively impacted her. I began to wonder: what is the impact on learners when feeling unworthy becomes the norm?

When conflict occurs in a traditional work or school setting, the authority figure typically interjects by dominating the conversation and determining what the “consequences” should be and how the punitive decisions are carried out. In most cases, the protocols and consequences have already been established (by the dominant culture) and written in a school or company conduct code. These systems favor those in power and oppress those who are deemed “subordinates.” Most often, the offenders and victims are not included in creating a solution, inadvertently becoming passively engaged. The opportunity to learn how to navigate conflict by seeking understanding and changing unproductive behaviors is stolen by those in power. Feelings of disrespect and shame remain unaddressed. The perpetrators of the behaviors that negatively impact the community are not held accountable by those directly impacted, therefore creating a false sense of accountability.

As a learner, teacher, manager, administrator, parent, and district leader, I have been a victim, complicit ally, co-conspirator, and perpetuator of these systems. Unfortunately, the learning that needs to occur most has been stolen from and by me when productively navigating conflict failed to happen. So I encourage leaders, educators, parents, family members, and learners from all walks of life who are trying to cultivate an inclusive and collaborative environment to reflect on your system and behaviors.

1 In the current education system, “student” is used to describe the person who should be learning and “teacher” is used to describe the person with all of the information. It insinuates a one-way flow of information, as well as a hierarchy in terms of knowledge and status. This is against my philosophy because everyone, including adults, should enter all interactions with a learner’s stance. Therefore, I deliberately use the term “learner” in this piece because learning should be a reciprocal process amongst all who are involved. We need to change the narrative around who the “learner” should be, particularly in situations involving stolen conflict.

Somaly Prak-Martins is a refugee and survivor of the Khmer Rouge Genocides. Having lost everything, obtaining an education was a non-negotiable in her household. Because Somaly believes TRUE freedom can only be obtained through freeing the mind, she is relentless with helping all learners UNLEASH their full potential through education. Somaly is unapologetic about supporting learners in building capacity to develop the audacity to forge productive change. Reach Somaly on Twitter @2THRIVE1 or at somaly@2thrive.org. 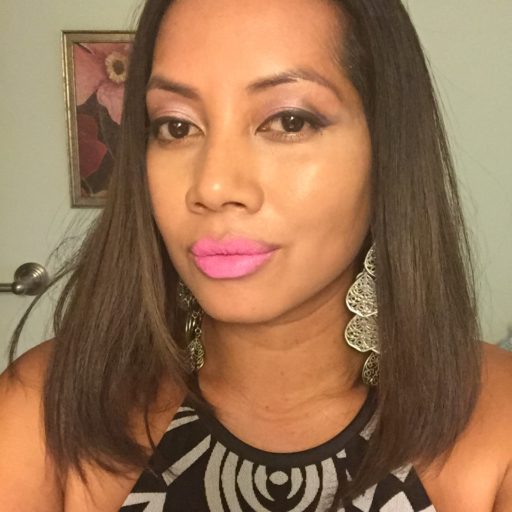