Ultimately, building relationships sometimes fails, but I will and must continue to try to build them.

Those nagging thoughts kept me up all night; first just that one night, then the second, and now three nights in a row. Feelings of “I have done everything I could” wrestled in my mind, along with feelings of “what more could I have done?” This series of memories plaguing my mind originated from the unsatisfying experiences in the classroom with Jaz (a pseudonym), one of the students in my class. The events were unsatisfying not only because they were unexpected, but more so because this inability to resolve the relationship caused me to question one of my foundational teaching beliefs: building relationships with students can resolve all problems. I had always believed that as long as I put in the time, I would be able to find a way to help my students, independent of the situation. As someone with this philosophy, I was stumped by my experience with Jaz.

Three weeks into the first quarter a student I did not recognize, Jaz, sauntered into my classroom with a schedule change sheet. As usual, I introduced myself and gave him an open seat. Issues soon arose that consisted of Jaz repeatedly getting out of his seat to walk around the room and talk with his friends. Though these occurrences happened frequently, it seemed as if they were easily resolved with direct, respectful authority. I would address his behavior, and things would be fine for a bit. There was one week when he would not stop talking even when asked by me and his peers to be quiet, so I called home and the issue died down quickly. Though these issues were a hassle to deal with, I just saw them as minor issues. It seemed that my instincts for dealing with behavior by building a respectful relationship and showing concern with the family were paying off.

In the winter, Jaz’s behavior and academic achievement improved dramatically. I soon found out that soccer season was coming up and he was the only freshman to make it onto the varsity team. Throughout the season, he would miss the usual week or so of class at a time because of soccer, but he would always come to talk to me about the work he needed to get done, which I appreciated incredibly. (I would only see his class every other day because of block schedule, so missing a week of school for a specific class was not uncommon.) Jaz seemed to be paying back into the relationship we had built by holding up his responsibilities during the soccer season.

Once soccer season ended, however, I noticed an escalation in his previous talkative behaviors along with a blatant disrespect for the relationship I thought we had built. When I asked him to do something, such as go back to his seat, he would either refuse or make faces and complain out loud to the class and to me. Thinking that our relationship needed more work, I pulled him aside after class to have a heart-to-heart with him. Those conversations seemed to go well, but their effect only seemed to last a few days at most. The first time, when I asked him why this was happening, he opened up and mentioned how pressure from his older brothers builds up and makes him act out in classes. After sharing that, I saw improvement for a day, but then he reverted back to how things were. I then tried other relationship-building tools such as praising his work when he did well, but the responses were neutral, which was not as positive as I expected. I brought in a support community by involving parents in phone calls and by connecting with the administration. The administration set up a plan with his soccer coach where he would be deducted a day’s worth of practice any time he got in trouble. After this plan came into action, he refused to do any work in my class and would disrupt class activities. He even said in the middle of class that he wished he were back in the other class instead of this one. Soon after this, he was removed from all of his classes and placed in another program because the same behaviors were observed in his other classes as well.

The experience with Jaz has often made me question the success of my teaching. Many times people will ask me, “How was your first year of teaching?” And all the thoughts that flood my mind are mixed. I’ve seen such growth in some of my students, both as students and as people, and that makes me proud to the point of tears. Yet here was Jaz, a student that challenged all that I believe about the power of relationships to resolve any problem… What it came down to was I felt like it should not have ended this way, I felt unsatisfied, and I felt like I failed as a teacher.

While writing and reflecting upon Jaz, I wrestled with contrasting feelings of comfort and desperation. I remembered that a relationship is a two-way street; it cannot be built unless both parties are willing to invest. I was comforted by this at first because it reminded me that I was not solely responsible for building our relationship; Jaz had not been invested in our relationship, just in soccer. But it did not resolve the sinking feeling of why I could not connect with him and get him to care a little more. I had a wise teacher once tell me, “You can’t get them all. The best you can do is to try to help them and try to build a relationship with them. And if that does not work, hopefully they are connecting with another teacher, because they do have seven other teachers.” This brought me some level of comfort, because I realized that I had to believe this for teaching to be sustainable, yet I could not help but ask the questions: “Why does that have to be true? Why can’t we reach them all?”

Yet here was Jaz, a student that challenged all that I believe about the power of relationships to resolve any problem.

I still do not have an answer, and I do not know if I will ever have a satisfying answer. What I do know is that my future years of teaching will be consumed by knowing that “I can’t reach them all,” yet still attempting to do just that. Though there is this tension, I walk into the new school year confident and full of optimism. I am fully aware of the vulnerability that is present when building relationships yet I have a new perspective on the reality of teaching. The unforeseen challenges that caused me to freeze with fear have now become a motivational force, knowing that if I give up there is no chance of building a successful relationship. If I persist then I have hope that every relationship can one day be successful. Ultimately, building relationships sometimes fails, but I will and must continue to try to build them.

Justine Myers is a 2013 Knowles Teaching Fellow. In fall 2014, she began her second year as a California-based Earth Science teacher. Along with science, she has had a long-standing interest in teacher-student relationships. She wrote her master’s thesis on the subject. 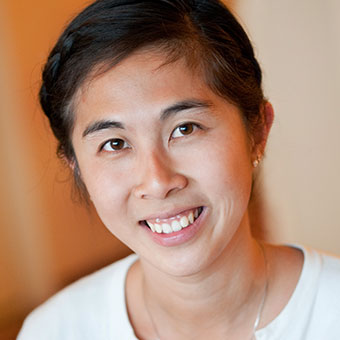 Fall 2014
Being Open to Surprise: Confronting Assumptions Through a Puzzling Moment
Kate Markiewicz
I am certain we as educators can make incremental and powerful progress towards improving educational outcomes for students.
Read Article