Small actions by veteran teachers can make a lasting impact.

Anyone who has seen a film about an aspiring teacher knows the typical scene. A teacher enters a chaotic classroom: paper airplanes soaring across the room, the smack of bubblegum popping as students flagrantly break the “no gum” rule, the name-calling and roughhousing that loudly knocks over a few chairs, and, depending on the age of the film, the student who won’t get off the phone. The teacher proceeds to attempt some semblance of classroom management but is clearly woefully underprepared. The audience is spared watching the remainder of the class period as we cut to the teacher slumped over his or her desk, tired and demoralized from the day’s events.

That was my first year of teaching.

Okay, I’m being a bit dramatic. But in that first year of teaching, my seventh period chemistry class came very close at times. The paper airplanes really did happen. Lab stools did get knocked over. A student literally used his phone to call another student in that class, during class—while my principal was in the room. And I certainly ended many days slumped at my desk wondering how in the world things would ever improve.

For too many first year teachers, the reality may be even worse. There may be no break in the struggle, and the result of this daily dejection is a strong desire (or even need) to leave the profession.

Surprisingly, though, I never felt that I wanted to leave the job or the school. It wasn’t because I’m super-human and have the “grit” to stick it out and deal. It wasn’t because there was a magical moment where I “truly connected” with my students and suddenly all the problems went away (as movies often trivialize). Instead, it was because my high school and my colleagues understand the importance and complexity of supporting new teachers. It was because I felt, and continue to feel, unwavering support from my school. I was (and still am) lucky to be at a school with structures that allowed me to easily find the support I needed in managing what I deemed as “failure.”

My high school and my colleagues understand the importance and complexity of supporting new teachers.

My school is set up such that a team of core teachers (i.e., math, science, English, and history) all share the same group of students in small learning communities or “houses.” Each teacher has five classes: four sections of their content area and one section of advisory. The advisory class was added to our program as part of a goal to make high school more personalized and promote stronger relationships. Advisory meets every day, and students in your advisory are also enrolled in your content class, which means every student is seen twice per day by one core team member. Finally, the master schedule has been created such that these four teachers also share a common prep period during the day, which allows them to meet and plan advisory curriculum as well as discuss student progress and concerns as they arise.

These teams of core teachers around the school meet consistently and can become very close. My team met twice weekly that year—a bit more frequently than what is most common. Meetings began with “check-ins and props.” Since we had time to discuss student concerns already in the agenda, “check-in” really was a time to talk about our lives off-campus. I was genuinely asked about my weekend, and I was honestly told about great weekends and weekends full of grading. I was even invited to weekend plans! The point is, just a few minutes of authentic check-in made me feel part of the group. I felt less overwhelmed knowing that experienced teachers still had the occasional weekend of work, but that they had also managed to strike a balance, and that they were helping me to find that balance. 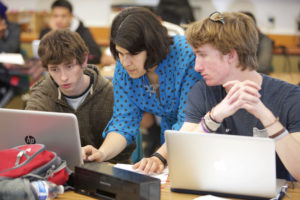 After check-in, we had “props.” I will never forget that, every week, the history teacher made it a point to give me props for surviving yet another week of my first year—“and Chris made it one more week!” It seemed silly at the time, but I got to the point where I truly looked forward to hearing him say it. The whole process was never more than five to ten minutes of the meeting, but these small things (that I suspect my team did very intentionally) are a huge reason for me feeling welcome, supported, and that I could always go to them for help.

Let’s return to my seventh period class. Twenty-six tenth-grade students, all required to take chemistry—many chagrined by this fact. Unless the lab for the day required fire or resulted in an unexpected color change, the vast majority of these students found it difficult to engage with the class. Their interest in learning chemistry stood little chance against the classroom culture that I had allowed to develop—if most of the class is off-task, shouldn’t you be, too? I tried incentives to encourage good behavior. I tried punishments to discourage bad behavior. I kicked kids out of class. I praised the class for even just three minutes of silence. I assigned seats as strategically as possible. Nothing was working.

Because I felt so comfortable with my team, I asked them to give me advice. This was no small feat—I think it can be incredibly challenging for new teachers to feel comfortable going to peers for help, but my colleagues’ intentional work to build camaraderie was paying off. Not only did they happily oblige, the history teacher offered to come observe and give feedback. To my amazement, his response to my class was that it was largely running okay (it did not actually reach the levels seen in movies). This wasn’t because he had low standards—he is a well-respected and beloved veteran teacher at the school—but rather he knew my students. He knew the behavior that I was attributing to my inabilities was normal for new teachers and, in some cases, might still happen in his and others’ classes. He had a perspective that I lacked, and his reaction to my class comforted me. We didn’t just give up on the problems; he gave me some practical suggestions for small changes.

He knew the behavior that I was attributing to my inabilities was normal for new teachers and, in some cases, might still happen in his and others’ classes.

But the most important message the observation provided was that it wasn’t just me. The rest of my team—veteran teachers!—also struggled with these students. The days I considered “failures” certainly could have gone better, but the team I worked with supported me in managing those failures and seeing the bigger picture. I imagine for so many other first-year teachers this is also true; unfortunately, they just don’t experience it.

It would be nice if I could write that everything improved immensely after I went to the team for help, but the reality is that my seventh period class never became a well-running class. Sure, the paper airplanes stopped, but the class remained a place where many students saw each other working on things other than my learning target. The social pressure to disengage never lifted enough that students felt comfortable exploring challenging new concepts. More students ended up failing that semester than any subsequent class I’ve taught, and in many ways I was more relieved than proud when June arrived.

As I reflect on that year, I wonder how many first-year teachers have left the profession never to return. Not because they “didn’t cut it,” but because they didn’t have the support that I was so fortunate to receive from my teaching colleagues. The fact that this is a rarity among new teachers is heartbreaking and, frankly, unacceptable.

I recognize that not every school can have teams that share common students and common prep periods, but we can all support new members of the profession. A simple “you’ve made it another week!” might seem small, but when combined with other “small” things—offering genuine check-ins about weekends, honesty about your own struggles with a student, or even a class observation—can help persuade that young-career teacher slumped over their desk in June to return in August.

Chris Lipski, a 2013 Knowles Teaching Fellow, teaches chemistry and advisory at Hillsdale High School in San Mateo, California. He has worked with the Science Club, served as a House Leader, and is currently the Science Department Chair at Hillsdale. Reach Chris at christopher.lipski@knowlesteachers.org. 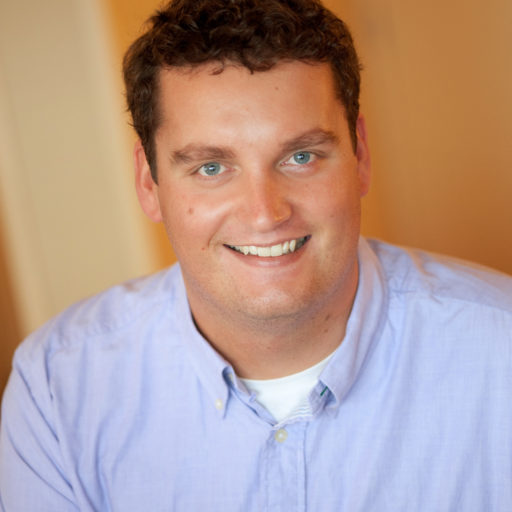